Short:
Dr. Shirley walks out of his last tour performance due to the location refusing to serve him and plays in a black restaurant down the street. They get back to New York in time for Frank to have Christmas Eve with his family and Dr. Shirley joins them.

Long:
Frank Vallelonga (Viggo Mortensen) is a bouncer at the Copa Cabana who’s unemployed for 8 weeks while the club gets renovated. Even though he’s seen throwing out glasses after his wife, Dolores serves two black repairmen lemonade, he agrees to drive Dr. Don Shirley (Mahershala Ali) on an eight-week concert tour to the deep south and keep him out of trouble. The record company provides him a copy of the Negro Motorist’s Green Book, a guide to what southern establishments will serve black guests, and tells him that if Dr. Shirley does not make all his performances, Frank will not receive half of his pay.

Over the course of the trip, Frank teaches Don about things like pop music and fried chicken, all things he’s avoided. Don assists Frank with writing letters home to his wife to the delight of her and his family. Frank also rescues Don from angry white bar patrons who beat him and bribes 2 police officers into releasing Don after he’s caught having a homosexual encounter at a YMCA. Don uses his connection to Robert Kennedy to get them both released from jail after Frank punches a cop who pulls them over in a sunset town, a town where blacks are not allowed inside city limits at night.

Frank watches Don be treated poorly throughout the trip; staying in worse hotels than him, being refused food, being told he can’t use the bathroom at venues he’s playing, and questions why, particularly when told that he would make more money playing up north but finds out that he’s doing it in an attempt to change opinions of blacks in the south. At the last establishment, Don is giving a closet as a changing room at a large venue where he is the guest of honor and told that they will not serve him dinner at the restaurant. Tired of the treatment, he announces that he will not play the sold-out Christmas concert unless they serve him at the restaurant. When they refuse he leaves and goes to a black restaurant up the road where he eats dinner with Frank and then plays the piano for the patrons there.

Don then suggests they leave immediately for New York so Frank can spend Christmas Eve with his family but get caught in a snow storm. As Frank gets too tired to drive and decides to give up, we see Don complete the drive to Frank’s house, sending him upstairs to his family despite an invitation to join them. Frank corrects his family not to use derogatory terms (Italian for eggplant) to describe Dr. Shirley. Dr. Shirley goes home to his apartment then decides to visit Frank’s family after all where he’s greeted warmly and thanked by Dolores who whispers that she’s glad he helped Frank write her. The ending credits show pictures of the real-life Don Shirley, Frank, and Dolores and explain that Frank went back to the Copa Cobana after the trip. 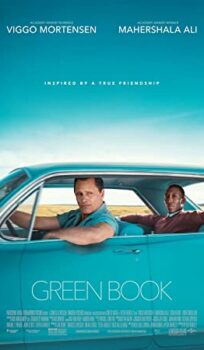