The opening of the movie states that this movie is based on actual events.

In Germany, graduate student Katie Armstrong (Kerri Russel) researches cannibal killer Oliver Hagen for her thesis. Oliver was a cannibal with mommy issues. He posted an ad on line looking for someone who wanted to be eaten alive. Simon Grombeck replied. He wanted to be eaten because as a child his mother killed herself after seeing him “playing doctor” with another boy, and he has never been able to get over the guilt. He thinks he is unlovable and unworthy of life. His partner suggests that he find a way to atone for his sin, he decides he should be eaten alive.

The two men meet each other. Oliver eats Simon, (Penis First), and 51 pounds of flesh, As Simon is dying he feels he has put right the situation with his mother. Oliver posts online that he is running low on flesh and seeking someone else to eat. He gets caught and put in jail for murder.

Katie becomes obsessed with the story of these two men, researching every detail of their lives and childhoods. She is finally given a tape showing Oliver eating Simon. She is so sickened by the ordeal that she gives up her obsession. 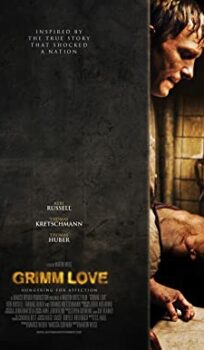