Meanwhile, drug dealer Frank (Anthony Mackie) seems to have started to train Drey in “delivery”, and, one night, she gets sent to the same motel room where she finds Dan.  This deeply upsets her.

Shortly after, since Dan is missing from his job with no notice, a new History teacher is sent in.  This motivates Drey to go and rescue Dan from a probable demise -perhaps giving himself an overdose or so-, and brings him back to his appartment.  Then, we see Dan all washed up and shaved, as he sits in the couch and shares a lame joke with Drey, which suggests that, thanks to his bond with the young girl, he might have actually found a reason to redeem himself.  And the movie ends. 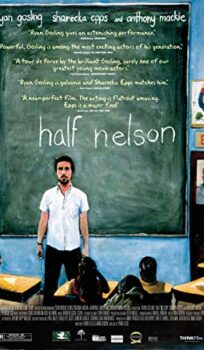