Shortly after the last film, mass murderer Michael Myers is freed from Laurie Strode’s burning home by a group of firefighters, all of whom are promptly killed. A manhunt is issued for Michael, and one of Michael’s surviving victims, Tommy Doyle, rounds up a group of townsfolk to go after him, including Allyson.

After killing a number of people, including some who have previously encountered Michael, he ends up at his old childhood home. The mob follows him there and corners him outside after Karen attacks him and steals his mask before he can kill Allyson. The mob violently beats him, but before he is finally killed, Michael rises and slaughters the mob before killing Tommy and Karen. 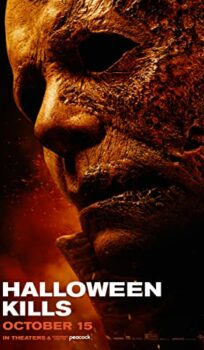