A snotty sorority girl named Tree Gelbman finds that a masked killer is targeting her on her birthday, and she wakes up to relive the same day over and over until she can stop the killer.

With the help of a friend, Carter, Tree initially believes the killer to be a criminal named Joseph Tombs. Tree manages to kill Tombs during one of the loops, but wakes up the next day to find herself on her birthday again. She realizes that she died after eating a poison cupcake given to her by her roommate Lori, who wants Tree dead because a guy she likes is more into Tree. Tree fights Lori and feeds her the cupcake before kicking her out the window to her death.

Tree becomes a friendlier person as a result of her ordeal and she begins a relationship with Carter. 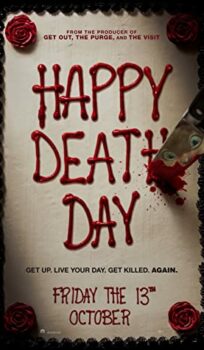