Submitted by Juan and Suzanne

After an unplanned distraction by the neighbor, Jeff again escapes and chases Hayley. They end up on the roof, him with a knife, and Hayley with a gun. Hayley has set up a noose on the roof. She offers him the same deal – admit what he did with the girl, and she’ll keep his secrets about all the other little girls – if not, Janelle shows up, Hayley fakes being attacked, and all of Jeff’s dirty secrets come out.

Jeff finally breaks down and admits his involvement, but says that he only watched – his partner did the killing. He gives Hayley his partner’s name, and Hayley says that the strange thing is, your partner told me that you are the one who killed the girl, right before he killed himself. We realize that Hayley has set all this up from the beginning. She puts the noose around Jeff’s neck and says “I promise to get rid of all the evidence”. Jeff hears Janelle arrive,and, not wanting her to find out his secrets, turns around, and steps off the roof. As Hayley looks over the edge, she says, “Or not” meaning she won’t be getting rid of any evidence. 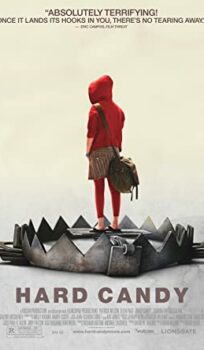