Tessa (Laura Mennell) and Danny (Brendan Perry) are a married couple who recently lost a child via miscarriage. To take their minds off their loss, they travel cross-country in an RV with their friends Kerry and Dirk, and Danny’s brother Jason. Along the way, they meet Bob (Brent Strait), a former member of the U.S. special forces and current knife salesman.

While camping in the woods, they accidently stumble upon a group of immortal, cannibalistic, bikers led by an ancient satanist priest named Jefe (Miguel Ferrer). The biker group takes the RV group hostage and have their demonic god impregnate Tessa in hopes that Tessa will give birth to the anti-christ for Jefe to raise. Bob finds the group and rescues most of them from the bikers. The group fleas to a ghost town where Jefe was thwarted once before. The survivors of the group take refuge in a church where they join forces with Tito, a crazy old priest who has fought Jefe in the past with the help of an magical mayan amulet. The group faces the bikers and all but Jefe, Tessa and Kerry are killed in the struggle.

Before he dies, Bob gives the magic amulet to Tessa, saying only she had the power to set everything right. Tessa uses the amulet to destroy Jefe, and then asks for Kerry to help her give birth to her child. The screen fades to black. When the picture returns, Danny opens his eyes, returned from the dead. He looks over and sees that Kerry is dead and finds Tessa clutching both the amulet and a child in her hands. Tessa says that the three of them can finally be a family, suggesting that she used the amulet’s power to keep the demonic child rather than restore all of her friends to life. 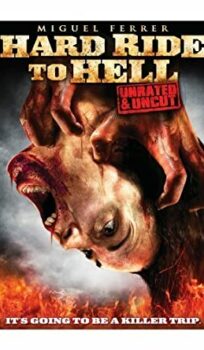