Jim Davis (Christian Bale) takes the Job as a federal agent for homeland security in Panama, after both being rejected by the Los Angeles Police Department and failing the polygraph and drug test. The job also requires Jim to leave his fiance, Marta, and his best friend Mike (Freddy Rodriguez). On his last night out with his friends in Mexico, he completely loses his mind after Marta reveals she’s pregnant. This causes him to threaten her life at gunpoint, and steal a large stash of marijuana from a fiesta. Later that night, he surprises Mike by bringing him to the drug deal for the marijuana, and runs into an enemy who he had robbed earlier in the movie. This causes Davis to kill everyone in the deal, except an older man, who runs out of the house with a shotgun. The old man shoots at the car and fatally wounds Davis. With his injuries and loss of future, Davis begs Mike to mercy kill him, which he does. The movie closes with Mike running to his wife’s arms after fleeing the scene and breaking down crying on his doorsteps. 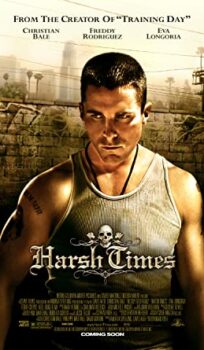