Christina Mariell (Kate Beckinsale) and her two brothers Robert (Anthony Andrews) and Simon (Alex Lowe) are ghosts.  Their nanny Tess (Anna Massey) killed them by setting fire to their rooms after their mother committed suicide upon finding out about the siblings’ incest.  The ghosts have been tormenting the nanny ever since.

After Christina seduces David Ash (Aiden Quinn), the ghosts – who are bored reprobates – kill the nanny and try to get David to kill himself so he can join them.  They try to trick him into jumping out of a window, but he is guided to safety by the ghost of his twin sister.

David is seen returning to London not knowing that Christina has followed him. 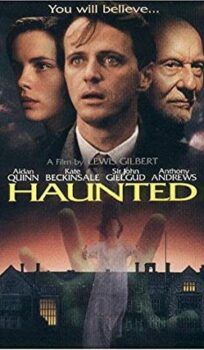