The runaway robots Val (Andy Kaufman), Aqua (Bernadette Peters), and Catskil – plus Phil, a “child” that Val and Aqua built during their journey – make their way to a junkyard and encounter its friendly owners Susan and Calvin Gort, who rescue them from the pursuing Crimebuster by disabling it. Unfortunately, they can’t provide the robots with the battery packs that all four of them desperately need, and it becomes clear that they will have to return to the warehouse they escaped from in hopes of getting them.

Catskil is the first to run down when he gives up his energy to Phil. As the remaining robots near the warehouse, Aqua runs down. Val, as he runs down, tells her there was one more question he wanted to ask her about a certain human emotion. He becomes still before he can finish saying the word “love”. The human workers searching for them find Val reaching for Aqua, and cart them off as the despondent Phil watches.

A few weeks later, a conversation in the warehouse reveals that while Val and Aqua were repaired and sent back to their old jobs as servants, neither ever worked properly and they were finally both junked. We then learn that they wound up in the Gorts’ junkyard, and were repaired and reactivated. Catskil and Phil are there too, and Val and Aqua have even built a little girl robot to complete their “family”. Alas, the final scene reveals that Crimebuster was found and repaired too, as trigger-happy as ever, and it heads out determined to finally capture the heroes. 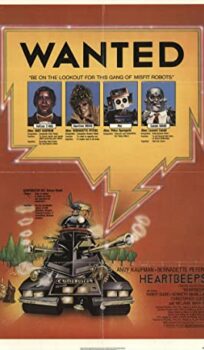