The kids eventually strike back against Tony (Ben Stiller) and usurp his leadership of Camp Hope. They imprison him and his cohorts, then spend an evening gorging on junk food. The next morning, Pat (Tom McGowan) encourages the boys to try to become more fit and exercise some self-control with their eating, and they do so, both to boost their self-confidence and to prepare for the upcoming Apache Relay.

On Parents Visiting Day, the parents are shown a video of Tony’s cruelty. Tony gets free of his confines and shows up, but he ends up being humiliated, the parents telling him that his days of running the camp are over. Tony’s father Tony Sr. (also Ben Stiller) is brought in, and he takes the keys and deed to the camp away from his son and tells everyone that the camp will be closed and admission fees refunded. However, the kids don’t want that, because despite Tony and his psychotic regimen, they had fun at Camp Hope. Pat soon becomes the new owner, and the camp remains open.

Camp Hope has fun during the Apache Relay and defeats Camp MVP. They then toss the trophy into the lake to spite Camp MVP, since they felt the trophy was theirs and that they couldn’t understand why Camp Hope was more concerned with having fun than winning. Pat also kisses his love interest Julie (Leah Lail) in triumph. 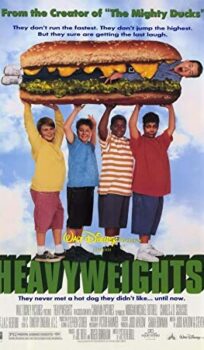