Note: The title is actually referring to the German word for “Bright.”

In 2016, the world temperature raises 10 degrees Celsius, cooking the planet, and drying up most of the natural resources. Long periods of exposure can cause death and water is scarce. Sisters Marie (Hannah Herzsprung) and Leonie (Lisa Vicari) along with Marie’s boyfriend of necessity Phillip (Lars Eidinger) and mechanic Tom (Stipe Erceg) struggle to live. However, they all happen to cross paths with a family that has resorted to cannibalism to survive. The mother of the family, intends to use Phillip and Tom as food, and eventually make Marie and Leonie wives to her son and grandson respectively in order to keep the family going.

Marie helps her sister escape and tries to rebel against the cannibals. They recapture her and kill Phillip in front of her, and intend to kill her as well for food. She escapes, rescuing Tom and other men. The family chases them into the woods. The woman and her son Micha has a knife to Leonie. She implores Marie to be reasonable but Marie stabs her with the cattle gun (the same weapon they killed Phillip with). Micha cradles his dead mother while Marie recovers Leonie and Tom.

They head to the caverns they heard about and collect several bottles of water from the rocks. Leonie climbs a bit and sees birds flying on a less barren landscape. Phillip had mentioned earlier that birds fly towards resources like water. The three of them stare out to the distance. There might be a glimmer of hope in seeing the birds but their fight for survival is far from over. 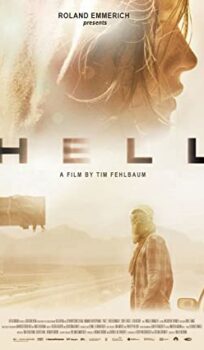