Pooper:
Roy and Monte are captured after successfully bombing the German base. Roy kills Monte to stop him from telling the British war plans to the Germans (and Monte thanks him for doing so) and Roy is executed by the Germans thereafter. The British attack succeeds thanks to the brothers’ efforts.

Long Ending:
The movie opens in pre-World War I Germany. Two British brothers, Roy (James Hall) and Monte (Ben Lyon) are visiting. Roy is straight- laced and honorable. Monte is a womanizer with very few morals. One night, Monte is caught making love to a German baron’s wife, and the baron challenges Monte to a duel. Monte flees the country and Roy participates in the duel on Monte’s behalf. Though Roy is shot and wounded in the arm, he still loves his brother.

Back in England, World War I breaks out. The brothers tearfully bid farewell to their friend Karl, who is a German citizen and is conscripted into military service by his homeland. Roy signs up willingly for the Air Force, while Monte is forced to sign up after participating in an Air Force promotion to receive a kiss from a sexy girl in exchange for signing up for military service.

At a social function, Roy introduces Monte to his girlfriend Helen (Jean Harlow). There are immediate sparks between Monte and Helen, both of whom are hedonists (though Roy is willfully blind to Helen’s lack of morals). Helen has Monte drive her home while Roy is busy co-hosting the party, and the pair share a night of passion. Monte feels complete regret for betraying Roy, while Helen feels no shame. She also notes that she is joining a war support effort just for the opportunity to visit France.

One night, a German zeppelin flies over London. The brothers’ military unit is sent up to pursue the blimp. Karl is the observer stationed in a small capsule hanging outside the blimp whose job is to let the pilot know when they are over their target. Karl lies about their positioning and gets the Germans to harmlessly drop their bombs into the river rather than on the City. The planes catch up to the zeppelin, which tries to flee. The commander realizes Karl’s capsule is slowing their retreat and cuts it loose, causing Karl to plummet to his death. Though the German commander throws everything overboard (including other non-essential crew members, who plummet to their deaths), the British pilots catch up and one of them sacrifices his life to crash into the blimp and destroy it.

The film then transitions to France on the battlefront. Helen is also there working at a military post (and shamelessly flirting with other military men). Monte is chided by his fellow soldiers as being a coward, and he argues that they should not be forced to die for their government’s behalf. Nonetheless, embarrassed by his peers, Monte agrees to fly a suicide mission to bomb a German base that, if successful, will allow the British to launch a surprise attack (if Monte’s mission is unsuccessful, the British brigade is almost certain to be slaughtered). Roy volunteers to go with Monte.

The night before the mission, the brothers go out to various bars (and seemingly, brothels). At one bar, Roy sees Helen making out with another soldier. When he confronts Helen, she says that she hates Roy. Heartbroken, Roy considers abandoning the mission at Monte’s urging. Ultimately, Roy’s sense of duty prevails and he forces Monte to report for the mission.

The brothers successfully bomb the German base but are shot down and taken captive (by the baron who dueled with Roy at the beginning of the film). If the brothers agree to tell them the British attack plans, the baron will send them to a POW camp far from the battlefront where they can safely live their days until the war’s end (but revealing the plan would allow the Germans to decimate the British forces). A refusal to divulge the plans will result in the brothers being killed before a firing squad. The brothers are put in a cell to think over the deal.

Monte wants to reveal the British plans, and Roy pretends to go along with it and asks to speak to the baron. When Roy speaks to the baron, he lies and says Monte stole his woman and that he will tell them the British plans for the opportunity to kill Monte in revenge. The baron gives Roy a gun and sends Roy back to his cell. Roy then tries to convince Monte to forego his plan to reveal the British attack plans. Monte is unpersuaded, so Roy fatally shoots him. Monte thanks Roy for stopping him from doing the wrong thing, and then dies in Roy’s arms while screaming about the horrors of combat. Roy then refuses to tell the baron about the British attack plans and is executed by the firing squad. The film ends with the British soldiers successfully attacking the German forces (thanks to the sacrifices of Roy and Monte). 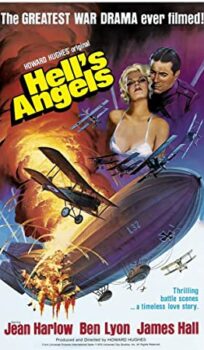