John Bubber (Andy Garcia) is overwhelmed with guilt from taking credit and $1 million in prize money for Bernie Laplante (Dustin Hoffman)’s rescue of the passengers of Flight 104 and prepares to throw himself off a building.

Meanwhile Gale Gayley (Geena Davis) has discovered that Bernie has been selling her credit cards and accuses him of blackmailing John, believing that the destitute John stole her purse while saving her life and sold her credit cards to Bernie.

Bernie meets John on the window ledge and tells him that he doesn’t want credit for the rescue, saying that John is better suited to playing a media hero than he is, and that he only wants a share of the prize money for his debts and his son’s college fund and John’s assistance with Bernie’s upcoming trial. John accepts these conditions and reluctantly agrees to continue pretending to be the hero of Flight 104.

While trying to leave the ledge Bernie falls but John saves him, proving that he really is a hero.

Gale realizes that Bernie was the one who rescued her from the burning plane but keeps quiet.

Bernie tells his son the truth and he believes him. 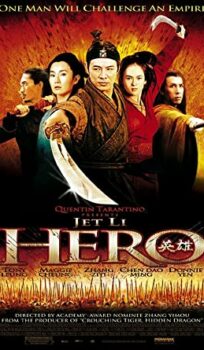