Kai Koss was abused by his mother as a child, she dumped a pot of boiling water on him for instance. One night he escaped his mother and ran from his house onto a road leading thru the forest where a young boy named Peter was peeing on the side of the road while his parents waited in the car. When Kai ran into the road a bus swerved to miss him and instead hit the car Peter’s parents were in, killing them both while the two boys watched helplessly. Peter was so frightened he ran blindly thru the woods and it was assumed he fell over a waterfall and was killed, but no body was ever found. Kai was placed in foster care.

19 years later Kai returned to his home town because his mother had died. He had not seen her since the night he ran away. Kai returned to his old home and started seeing scary things. The local cop, Sara, tries to help Kai with emotional support.
When two local teens disappear and are assumed dead the locals suspect Kai, but Kai has another theory. He thinks Peter, the boy whose parents were killed when he ran into the road to escape his mother is actually still alive. He thinks his mother took Peter after Kai ran away and has been abusing him all this time, and that she had staged his death so nobody would suspect she had him. Kai thinks Peter has been killing people and running loose since his mother died.

Several more people are killed by “Peter”, who wears a RED HOODIE, but nobody believes it’s Peter, including Sara. In the end we see Kai and Peter together, standing next to the waterfall where Peter supposedly died 19 years ago, Peter is badly scarred and unable to speak, Kai hugs him, telling him that he understands the abuse he endured and promises to help him, just as police helicopters are approaching Peter jumps over the waterfall and Kai surrenders to the police.

The final shot shows Kai locked in a little room, in police custody, he’s wearing a RED HOODIE, suggesting that there was no Peter and Kai actually killed everyone unable to deal with the stress of seeing his mother again and reliving the abusive memories. 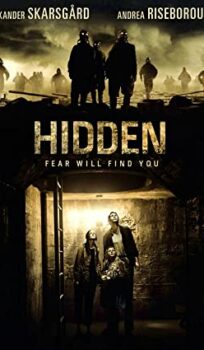