Long version:
After Laura (Iben Hjejle) broke up with Rob (John Cusack), Rob found out that Laura is dating Ian (Robbins). Rob tried to win Laura back and that annoyed Ian. Ian came to Rob’s shop for a talk but nothing else happen. Then Laura’s father passed and she asked Rob (John Cusack) to attend the funeral because her father likes him. During the reception after the service, Rob was prompted by Liz (Joan Cusack) and Laura’s sister to apologize to Laura. Then Rob realized that he was not committed to Laura at all. Laura followed Rob out in her car, picked him up, made out with him and told him that she wants to get back with her and that Ian was a disaster. They got back together.

Rob was producing a single for two street kids who stole from him. A magazine journalist visited Rob’s store, interviewed him and asked him to pick his top-ten songs. Rob decided to created a compilation for her. Laura heard the news and did not react. Rob began to realize the reason he did not commit was because he confused fantasy and reality. He then proposed to Laura and Laura accepted. Rob got a gig to DJ in some club debuting the songs from the two street kids, Barry (Black) will be performing a song as well. Rob was expecting some disaster, but Barry and his band turned out to be very good. 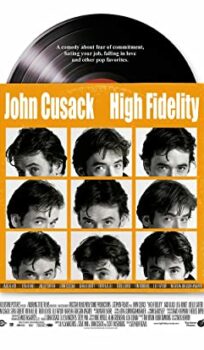