Five mountain climbers, Fred (Nicolas Giraud), his girlfriend Karine (Maud Wyler), Chloe (Fanny Valette), her boyfriend Loic (Johan Libereau), and Chloe’s ex-boyfriend and fifth wheel Guillaume (Raphael Lenglet) decide to take a trail in the Balkan mountains. Despite it being closed, they work around it though not without some close calls. When the trail is blocked and Loic suffers from severe vertigo, Fred and Karine go ahead to set up a rope so they can climb up. Fred gets his leg caught in a bear trap and is dragged away, as Karine helps the group. Later that night they search for him, only for Karine to be speared by an unknown figure.

Chloe, Guillaume, and Loic find a cave where the killer, an inbred poacher has apparently taken to killing people that cross into his territory. Finding Fred dead, Guillaume searches for flares and Loic locks him into the basement thinking he will betray them (and because he was making moves on Chloe). The killer, Anton, comes back with Karine’s body and after a short fight Loic runs, abandoning his girlfriend. Just before Chloe is to be killed though, Loic’s conscience gets the better of him and he returns, distracting Anton into running out. He beats up Anton only to get caught on a hanging metal ladder. Guillaume and Chloe find him and when Chloe can’t see what he is doing, Guillaume lets Loic fall to his death rather than save him. Guillaume pretends he lost his grip on Loic, apparently so he can get back together with Chloe. This treachery costs him however, as he is shot in the head with a crossbow by Anton shortly after this.

Chloe, enraged by the death of her friends, attacks Anton, and when his guard is down, cuts his throat. Anton is still alive, but barely. Chloe takes the zip line to safety, but Anton gets up and recovers the knife she dropped and goes for the cable. We hear the sound of it snapping, meaning he severed it, killing her too.

A text scrawl notes that Loic body was found three days later, but Fred, Karine’s, Guillaume, and Chloe’s never were. Anton, a boy kidnapped at age 5 was never heard of again. Also, there have been 3,270 disappearances in the Balkan mountains. 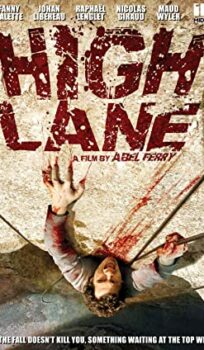