Bea (Rose Lesile) has been impregnated by a mysterious alien race. While it is still her body and personality, the alien hive mind is slowly “taking” her, causing to forget who she is. She has attempted to suppress the transformation so she could have a couple perfect days with her husband Paul (Harry Treadaway). However, she is at this too point far gone and the aliens realize they don’t need Paul and want “get rid of him.” Bea refuses to let him die and says she will help him “hide”, knocking him out.

When Paul wakes up, they are in a boat on a lake. Paul is tied up, and Bea has tied the anchor to the rope. Bea says she will hide him underwater, where the aliens can’t get to them. Paul tries to reason with her, trying to make her understand he can’t breathe underwater. However, her mind and logic gone, Bea throws him overboard, drowning him.

That night, Bea, her body deteriorating, watches their wedding video. She goes outside to the light, where Annie, the wife of her friend Will (who is implied to have been killed) is there, also infected. They meet the aliens and the film ends. 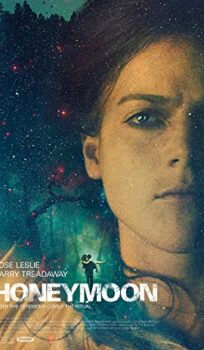