Despite Harkin (Patrick Houser) proving himself to be the best skier in all three events at the Freestyle World Cup, the arrogant and abrasive Rudi (John Patrick Reger) wins all three events thanks to the judges making some unpopular and dubious scores in his favor. When Sunny (Tracy N. Smith) asks Rudi how it feels to win but still be second best, he puts some snow in her face and skis off with his fellow Austrians before Harkin, Dan (David Naughton), and their friends can retaliate.

As Rudi and his pals are celebrating back at the ski lodge, Harkin and company crash their party by mercilessly pelting them with snowballs. Once finished, Dan challenges Rudi to a winner-take-all “Chinese Downhill” contest between them and their groups, with everyone putting $40 into a collective victory pot, and he tells Rudi to put his newly-won trophy on the line since this will decide the real champion. Rudi accepts the challenge and its stakes.

The “Chinese Downhill” is revealed to be an anything-goes race from the top of the mountain to the bottom, and several of the skiers on both sides even put on body armor and put various weapons on their skiing equipment. The referee states that the first person who grabs the trophy at the bottom will win the race, the trophy itself, and the total pot of $2300. In the end, Harkin and Rudi are the only ones who make it to the final stretch, and Harkin reaches the end and grabs the trophy first to score the victory. He celebrates with his friends to end the movie. 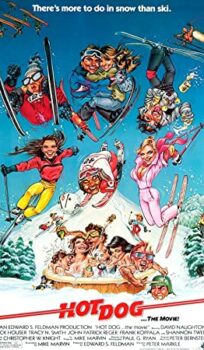