Pooper
Toothless’s friendship with Hiccup breaks the control the giant dragon has over him. In standing up to Drago and the giant, Toothless establishes himself as the Alpha dragon, and all the dragons originally under the giant’s control now fight with Toothless and Hiccup.

After a bombardment of dragon-fire resulting in the loss of a tusk, Drago and the giant retreat into the sea. 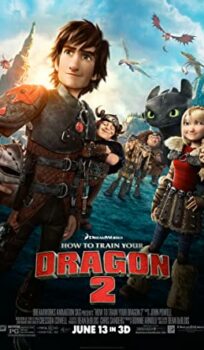