The morning after her forced delivery -and Martha’s (Jessica Lange’s) botched attempt to kill her with a morphine overdose and make it look like she died having the child-, Helen (Gwyneth Paltrow) comes in while Martha and Jackson (Johnathon Schaech) are getting ready for breakfast, looking quite perky and alive, much to Martha’s surprise.

And the dreaded truth, which Helen had already pretty much figured out and discovered from Alice (Nina Foch) -Jackson’s paternal grandmother from whom he was estranged-, is revealed: Jackson’s father did fall down the stairs, but he actually died when he got impaled in the chest by a certain tool which looked like a lever (sorry, didn’t remember the name!), and which Martha had conveniently set at the foot of the stairs. However, all along, she had made believe Jackson that his father died from the fall itself, to manipulate him all those years and force him never to leave her -Jackson did remembered a loud noise over the incident, which Helen proves by having unearthed the object from the barn, brought it over and dropped it on the floor, so it would make a loud CLANK noise-.

And the reason Martha killed him was because SHE was the one having the affair with the alleged horse caretaker, who happened to be a man, and he wanted to leave her because of it. Moreover, Helen shows the mark of the needle from Martha’s murder attempt. This enrages Jackson and makes him burst against his mother and disown her. And, while she is ranting against Helen for “wanting to take her place”, Helen just scoffs, slaps her, causing her to tumble to the ground and walks off with Jackson and their son. Martha is left looking deranged and hysterical.

The last scene shows Jackson reuniting with his grandmother and showing her his newborn child. 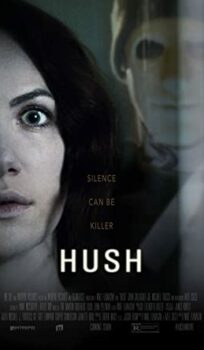