Djay (Terrence Howard) gets busted and sent to jail over the incident in which he gave Skinny Black (Chris “Ludacris” Bridges) a beat and protagonized a shootout because of it. Before being taken away, amidst the chaos of his arrest, he makes Nola (Taryn Manning) take his little pad, where he wrote his lyrics, and “get in charge” -that is, to make her best efforts to step up and have his work promoted-; she tearfully obliges.

Sometime later, Kay (Anthony Anderson) goes visiting him to prison, to update him on everyone’s current situation: himself and Shelby (DJ Qualls) had gone back to their respective old, agonic job routines; Shug (Taraji P. Henson) had given birth to their baby, which turned out to be a girl and she named her Keisha; however, the most surprising and pleasant detail was that Nola kept her word and moved around radio stations pushing for the promotion of DJay’s tracks, and they were already allover the radio like crazy. Moreover, in jail, while going back to his cell, DJay gets stopped by a duo of young black guards who look up to him for his effort and ask him to help them promoting a little demo they had produced themselves. He takes the cassette and proudly pronounces: “Everyone gotta have a dream!”. He turns towards his cell, looking forward to what seems to be a good future.

The movie ends, with the Oscar-winning song “It’s Hard Out Here For a Pimp” in the background. 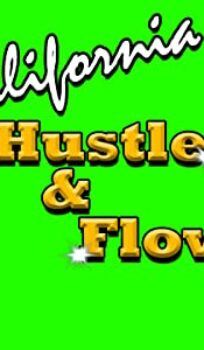