Destiny’s (Constance Wu) and Ramona’s (Jennifer Lopez) friendship and partnership are both endangered because of Ramona’s single-handed decision to start using new women with drug and criminal problems as part of the con, as well as new men as clients for scores, since bridges had been burnt with the usual ones. This escalates to an incident in which a client suffers a serious accident and Destiny has to handle it by taking him to the hospital, while Ramona is nowhere to be found -it turns out she was, again, having to handle Dawn (Madeline Brewer), who had been jailed.

Destiny’s grandma (Wai Ching Ho) dies; Ramona shows up at the funeral and they make up. At this point, Elizabeth (Julia Stiles), whose interviewing Destiny has back-n-forthed recurrently during the film, asks the reason behind the two women falling out. This upsets Destiny and she walks off. Then, it is revealed that Ramona’s consistent conceited attitude and greed drove them both apart; also, Doug (Steven Boyer), one of the scammed clients -whom Destiny came to care about because he truly seemed to be a nice man going through a bad time, when he became one of their victims-, is able to bring evidence of the con to the Police, as some others do too. With this, a case starts being built, Dawn agrees to wear a wire for another con -to implicate them all- and, eventually, they are all arrested; however, Destiny makes a deal against the rest of the group, to avoid jail time, for the sake of their daughter and Ramona disowns her for it.

Time passes. Elizabeth publishes the article. Destiny contacts her once more, wondering if Ramona ever said anything about her. Here, we see flashbacks of Elizabeth interviewing Ramona, where she expresses the concern and respect she always had for Destiny and shows how she always carried that childhood picture of her friend, as a token. Elizabeth encourages Destiny to reach out to Ramona, to make amends, which she tearfully agrees to. The film ends with Ramona comparing the current socioeconomic situation of the country -which, at that point, was after the 2008 Market Crash- to a strip club, where “some people are tossing money, while others agree to do the dance”. 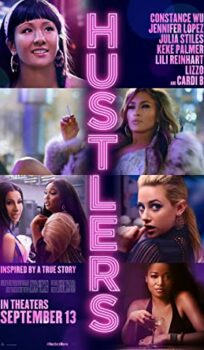