Mr. Crowley (Christopher Lloyd) is the killer. But he is no ordinary killer. He is a monster hiding inside a human shell, who has been killing people for their organs and other body parts in order to keep living a healthy life. However, human mortality is causing his body to decline nonetheless, causing him to kill more and more, so he continue to stay with his beloved wife Kay.

John Wayne Cleaver (Max Records) attempts to trap Crowley but his mother April is taken hostage in the process. John is able to knock Crowley out and convinces his mother that they cannot go to the police given Crowley is not human. They proceed to embalm him alive, seemingly killing Crowley. However, his true monster form breaks out of the human shell and seems ready to attack them. However, Crowley weary and perhaps in loyalty to Kay, chooses to die, killing himself with an embalming tool but not before begging John to look after his wife.

Crowley is declared missing and his murders are implied to remain unsolved. John learns from Kay what kind of man he was in the life they had and John is struck that a monster could love and have emotion in ways he probably never will. The film ends with John, his mother, and his aunt preparing Dr. Neblin’s body, John’s therapist, who wound up being Mr. Crowley’s final victim. 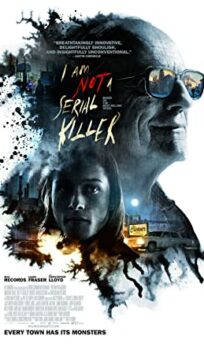