Kurosawa’s masterpiece about finding meaning before death that translates into “to live”.

Takashi Shimura is a bureaucrat who learns he is dying from cancer and resolves to do something meaningful before he dies. With great effort he pushes through a project to convert a mosquito infested wetland into a park for children, which is completed before his death.

At the wake his co-workers realize that Takashi pushed the project because he knew he was dying. While the co-workers are drunk they resolve that they too must find meaning in their lives, but their resolution is soon forgotten. 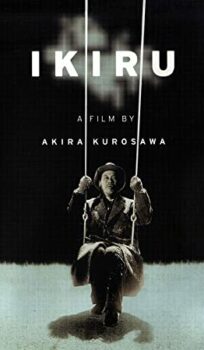