In 2000, Sung-hyun (Jung-Jae Lee), still hung up on her ex-boyfriend and feeling rejected by Eun-ju’s (Ji-hyun Jun) failure to make their scheduled meeting, asks Eun-ju to stop her from letting her not-yet-ex-boyfriend go to the United States without her in 1998. He reluctantly agrees, reasoning that, if they still can’t get close to each other, then perhaps it wasn’t meant to be.

In 2000, Sung-hyun stops by the offices of the company building the house she saw under construction on the ill-fated day she was to have met Eun-ju and learns that the architect was Eun-ju, who designed it for his “true love” before being killed by a hit-and-run driver on his way to help her in 1998. She remembers the accident, realizing that the stranger she saw die in the street had been Eun-ju.

In 2000, she desperately races to the beach house, “Il Mare,” and the mysterious mailbox that allows her to correspond with the 1998 version of Eun-ju. She hastily scrawls a note begging him not to go and breaks down beside the box.

The ending is a little ambiguous here, but it appears that her act creates a separate timeline. In her Sung-hyun’s 2000 timeline, Eun-ju is dead and she is left alone with the knowledge that she was responsible for his death. In Eun-ju’s 1998 timeline, he receives the letter just in time and avoids his fate. He leaves Il Mare in time for Sung-hyun to move in as before. When she moves out in 1999, he is there to introduce himself and tell her the story of their mysterious correspondence, a correspondence that will now never happen.

(An alternate take would be that, because Sung-hyun was finally able to choose between Eun-ju and her wandering ex, her act fixed the error in the timeline created by her attempting to interfere with the events of the past. Another take would be that the confusion at the finish was caused by the filmmakers attempting to graft a happy ending onto the movie when preview audiences found the original ending too downbeat.) 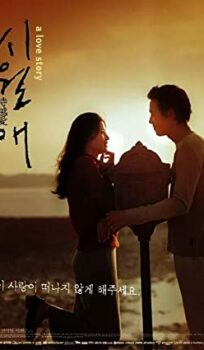