The film is a “mockumentary”
Letterman, Diddy and his publicist were only informed of its fake nature after their part had been played.

Joaquin Phoenix ends up destroying most of his personal ties, his career as both an actor and a rap artist, and ends up living in seclusion.

His friend, Antony, who is consistently being derided and berated throughout the film, ends their friendship by shitting on him as he sleeps. P. Diddy chooses not to produce his album, and all of his rap performances are more so bizarre spectacles than anticipated events, with the last one ending with an impromptu fistfight.

Joaquin revisits a waterfall from his childhood, and it is implied that he may restart his career again as an actor.

Thanks Kenneth
(and Harry) 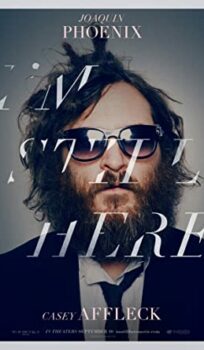