In the course of the undercover operation, it turns out Dallas Wolf (Tracy Letts), who the FBI believes is heading the potential attack, is a fraud. He doesn’t believe any of the hateful things he says on his show, he only gives his sick audience what they want to hear, in exchange for money. It appears that the operation was all for nothing.

However, after meeting Gerry (Sam Trammell) one last time, Nate Foster (Daniel Radcliffe) realizes Gerry is the true mastermind of the plot. In the end, Nate is able to distract Gerry and his followers long enough for the FBI to come in and arrest everyone. Nate is congratulated by his peers and gets a transfer to Houston, Texas for his good work. 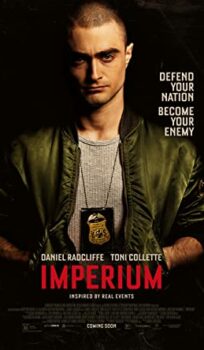