Veronique (Emily Ratajkowski) really did die of suicide. She jumped in a manic state during an argument with Marc (Ed Skrein). Marc, Veronique, and his sister Alex (Joely Richardson) were conspiring to get a USB drive that would confirm that their boss, and Veronique’s father, Radic (Jan Bijovet) was a war criminal. Radic is tipped off by Sofia (Natalie Dormer) that Alex is betraying her. Alex tries to run but men loyal to Radic kill her as she flees to the airport.

Sofia wants to kill Radic for murdering her family. She fails, and Radic tells her an awful truth; he raped her blind mother, who had a blind child, making Sofia his daughter. Radic eventually comes to kill Sofia, but Marc rushes to save her, pushing Radic out the window to be impaled on a fence. However, Marc was mortally wounded getting to Sofia. Sofia notices and presses a cloth to his chest only for Marc to realize the truth…SOFIA WAS NEVER BLIND.

It was her blind sister that died all those years before. Sofia had pretended to be blind as a means of not arousing suspicion, with the ultimate goal of getting close to Radic to kill him. Sofia tries to call an ambulance, but Marc tells her it is too late, and asks that “he doesn’t see her leave” so Sofia ties a scarf around his eyes. DI Mills (Neil Maskell) who had figured out her deception, races to her apartment but is too late. Marc has died, and Sofia has disappeared into the night. 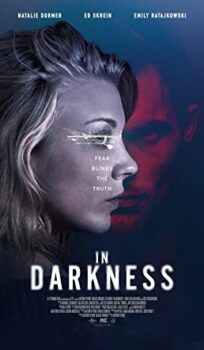