Note: The characters are not given names in the film.

A wealthy couple from Seoul arrange to purchase the baby of a pregnant teenager. The girl lives on a rundown farm in rural Korea with her widowed mother and the woman lives there with them throughout the pregnancy, while she and her husband tell everyone that she is in America so they can pass the baby off as their own. The girl’s mother plans to start a new life for herself and her daughter with the money. When the girl’s boyfriend shows up she and the woman drive him away, insisting he forgot the girl and the baby. The woman visits him later and, while caring for him after he gets drunk, steals his ID card to remember him by.

The girl is depressed over the forced separation from her boyfriend and suffers from pica, eating wood and plaster instead of food. The woman is angry when she learns this, worrying the baby will be harmed. Near the end of her pregnancy the girl steals the woman’s cell phone and calls her boyfriend, begging him to come see her, but he’s afraid of her mother and avoids her. She sees the stolen ID card among the woman’s belongings. Distraught, she drinks bleach. The woman finds her having a seizure and calls the doctor, who performs a Cesarean section on the spot. The baby is born healthy but the girl dies. The couple pay the grieving mother and return to Seoul with the baby. 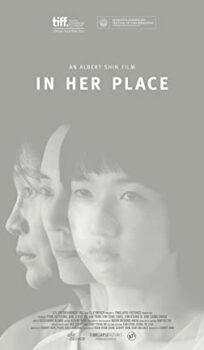