The life of Katja (Diane Kruger) is upset when her son and her husband are killed in an bomb attack.

Shortly before the attack, Katja had noticed a young blonde woman leaving the scene without padlocking her brand new bike and whose basket was loaded with a black parcel.

She no longer finds meaning in her life and tries to commit suicide but changes her mind at the last moment.

Finally, police arrest two suspects, André and Edda Möller, a young neo-Nazi couple with international connections, they are accused of the attack because of overwhelming evidence. During the trial, a scientific expert describes all the macabre details of the attack. Katja is assisted by the lawyer Danilo Fava. She also meets André Möller’s father, who is despairing of his son’s behavior.

The accused are acquitted for lack of evidence. So Katja decides to do justice herself.

She makes inquiries and discovers that they live now in Greece in a mobile home. She makes an explosive she puts down the mobile home but retracts.
After reflection she finally puts her plan into action. She is waiting for them to come back from a jog, she enters the mobile home with a bag of explosive and sets off the explosion. 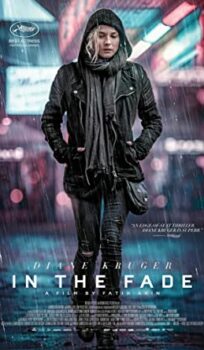