Sergeant Deerfield (Tommy Lee Jones) goes on the search for his missing younger son, Mike, who supposedly came back with his platoon from Iraq.

A series of clues and a homicide case of body parts connects the story.

Eventually, Sergeant Deerfield finds out that his son, traumatized from his stint in Iraq (in particularly knocking over a little Iraqi boy because of explicit orders not to stop the vehicle) took drugs.

In the end, it is revealed that his platoonmates who were out with him one night murdered him after a quarrel/misunderstanding. 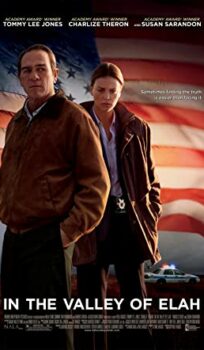