“Inherent Vice” is a detective story about a hippie named Doc (Joaquin Phoenix) who is hired for various interconnecting cases – all tied to a ship named the Golden Fang, which is smuggling heroin into the country.

In the end, it is revealed that the LAPD is involved and directly tied to the murder Doc was trying to solve.

The film’s storyline is hard to follow and its selling point is really the tone it inhabits – a foggy, stoned version of Los Angeles in the early 1970s with a lot of fun, goofy humor throughout. 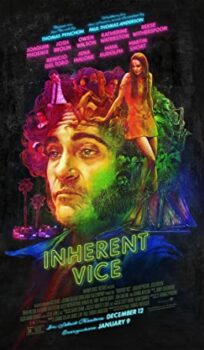