Cooper (McConaughey) signaled himself and his daughter Murph through variations in gravity and time that he could cause through fifth dimensions, after falling into the “Gargantuan” black hole in a far-away galaxy they flew to through a wormhole in Saturn’s vicinity.

The wormholes and fifth dimension “Tesserect” were created in the future by descendants of humanity from a colony started by Brand (Hathaway) to allow Cooper to communicate the readings from inside a black hole to Earth, so Murph would develop the gravity-controlling technology to allow Earth’s population to be saved. 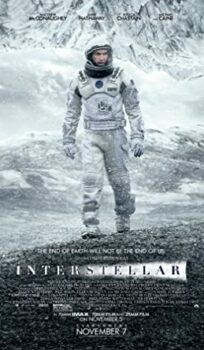