SHORT VERSION:
Monsieur Melville (Roger Vadim), his men, and the SAVAK agents, who were all after Ed (Jeff Goldblum) and Diana (Michelle Pfeiffer), all end up dead. Shaheen Parvizi (Irene Papas), the SAVAK agents’ employer and main mastermind behind everything, is arrested. Ed and Diana receive $750,000 as a gift from Diana’s former fling/sugar daddy Jack Caper (Richard Farnsworth), who gave them a big assist with their troubles, and Ed finally gets some sleep, cured of his insomnia.

LONG VERSION:
Ed learns from both Diana and Jack Caper that Diana had smuggled six priceless emeralds from the Shah of Iran’s treasury into the country. A friend of her friend Hasi (Ali Madani) stole the emeralds during the Shah’s exile and eventually put them into a vault in Zurich. He told Hasi where they were, and Hasi told his aunt Shaheen Parvizi about them. Shaheen was a ruthless businesswoman who had a deal in escrow, and it was closing in a week, so she needed a large sum of cash for it. She asked Jack Caper for a big short-term loan, but he refused, so she promised Hasi that she would make him a partner if he could get the emeralds and then sell them for a big amount of money, then turn the money over to her. Hasi had Diana retrieve the emeralds and smuggle them into the country, but Shaheen double-crossed Hasi, sending four agents from SAVAK (the Shah’s secret police) under her employ to the airport to kill him and retrieve the emeralds. Hasi was killed, but Diana escaped with the emeralds, and that’s when she first met up with Ed.

After the SAVAK agents kill some of Diana’s friends, she and Ed become marked for death, since they both had enough information to get them and Shaheen locked up and deported. Monsieur Melville, a French hitman, learned of this whole mess, so he decided to try to kill Ed and Diana and get the emeralds to Shaheen in the hopes of claiming a reward from her.

When they go see Jack Caper and tell him about their predicament, he encourages them to meet with Shaheen and offer to sell her the emeralds. Ed does so on his own, offering her $25,000 for them in exchange for him and especially Diana being left alone, and he gives her three of them for “good faith.” He then says that Diana will hide the other three somewhere in the city, and once he and Diana were safe, they would call her and tell her where the other three were. Shaheen agrees to the deal and pays him, and Diana hides the emeralds in a bouquet at a flower shop. He and Diana make the call from the airport because they planned to escape to Mexico City.

However, the plane experiences technical problems, forcing them to deboard, and they are met outside by the SAVAK agents, who had followed Ed. As the agents are leading them out of the airport, Monsieur Melville and his men show up and kill two of the agents. Then, a group of federal agents make themselves known, and they take out Melville, his men, and another SAVAK agent, while the last one kills himself. They then take Ed and Diana away. At the same time, Shaheen finds the other emeralds, but the cops arrest her as she is leaving the flower shop, since someone ratted her out.

Ed and Diana are brought to a hotel room, where they meet with the head federal agent (Clu Gulager). He dumps $750,000 on the bed and says that someone told him to give this to them, and Diana realizes that that “someone” is Jack. It is implied that Jack also sent the agents and got Shaheen arrested. The agent takes some cash for himself and leaves, telling them that they’ll be let go tomorrow. Ed finally gets some sleep that night.

He wakes up two days later and finds Diana is gone, with only $20,000 of the cash left for him. After leaving his room and asking a maid if she saw Diana leave, Diana shows up and asks, “Can I have a ride to the airport?” 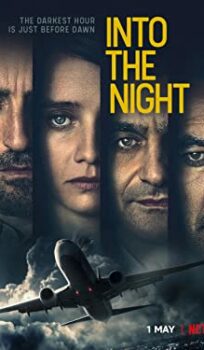