A deadly virus has taken over the country. A man named Paul (Joel Edgerton) has been doing everything he can to protect his wife Sarah (Carmen Ejogo) and son Travis (Kelvin Harrison Jr.) from whatever is out there. Their life is disrupted when another man named Will (Christopher Abbott) shows up trying to break into the house for supplies. After learning Will means no harm, Paul allows him and his wife Kim (Riley Keough) and son Andrew to stay with them.

After an encounter with two attacking strangers in the woods and Paul’s dog coming home infected, Paul begins to distrust Will and his family, thinking they may be carrying a sickness with them.

Will tries to leave with enough supplies for himself and his family, but things escalate when Will tries to attack Paul. Sarah shoots Will and Paul kills Kim and Andrew. Unfortunately, Travis becomes infected and he dies, leaving Paul and Sarah alone in their sorrow. 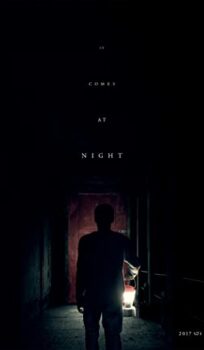