While staying in a motel Ellie tells Peter that she wants to stay with him and live the life that he dreamed up for himself, at first he is speechless, but then while Ellie is sleeping he leaves to get finances so that they can marry. She wakes and thinks he’s abandoned her. She calls her father and goes back to her fiance King Westley (King is his name not title) . Peter gets angry because he thinks she changed her mind. One the day of her wedding she tells her father that she in fact loves someone else but he hates her. Before Ellie Andrews (Claudette Colbert) marries King Westley (Jameson Thomas) she runs off before she reaches him at the alter to a waiting car that her father had placed for her. It turns out that Peter Warne had not accepted the reward money, and only took the money that he had spent on expenses for her. Ellie and Peter reunite and go back to the motel that they stayed at before for their honeymoon. 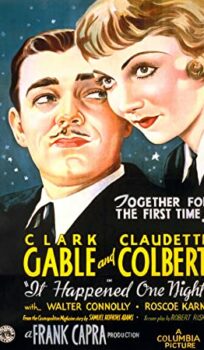