Lebenhauer Enterprises, a Russian-based company led by Zec Chelovek (Werner Herzog), wanted to acquire Oline Archer’s construction company as part of their plan to bilk the city of Pittsburgh out of millions of dollars through fraudulent construction projects.  But after Archer changed her mind about selling, she was killed.  The other deaths were to cover up the fact she was the intended target.  Detective Emerson (David Oyelowo) was also in on the plan, but his reasons are never revealed.  James Barr (Joseph Sikora), an Army veteran who committed a similar crime while in Iraq, is not the killer; Lebenhauer’s chief henchman Charlie (Jai Courtney) was the shooter.  Jack Reacher (Tom Cruise), who investigated Barr’s crime while working as a military policeman, determines that Barr couldn’t be the shooter because he isn’t a good enough sniper to pull off the crime the way it happened.  Jack also knows that Barr would have shot the people from a bridge and not the parking garage, where Charlie actually did the shooting.  Now knowing that Barr was framed, Jack agrees to works with Barr’s attorney Helen Rodin (Rosamund Pike) to find the truth.  Meanwhile, Emerson is trying to stop Jack by pinning the murder of a local girl on him, which culminates in a car chase through the streets of Pittsburgh.

Jack and Helen’s investigation eventually leads them to Lebenhauer and Zec Chelovek.  Helen is kidnapped by Zec, and Jack has to kill everyone who was involved in the plan in order to rescue her, including Emerson.  Afterward, still wanted for the murder of the girl, Jack leaves town, but Helen is able to get the District Attorney, who is also her father, to drop all charges against him.  Barr, who was in a coma following a jailhouse attack, wakes up and admits to Helen that he has no memory of the days leading up to the shooting.  Thinking he did commit the crime, he confesses to the killings, but he says that he shot the people from the bridge, not the parking garage.  This proves to both Helen and the D.A. that he couldn’t be the killer. 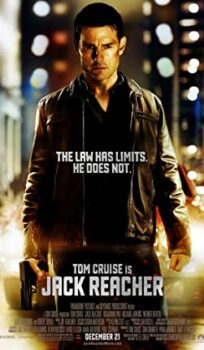