Jack has a condition in which he ages rapidly, and quickly hits adulthood while his friends are still in grammar school. He makes friends nonetheless and acts his age though he looks much older.

Much of the film plays out like a more serious version of Tom Hanks’ Big. Jack is middle aged by the time he hits high school. At his high school graduation, we are led to believe that he had since passed on, but he comes out, and is very elderly, as the class valedictorian. 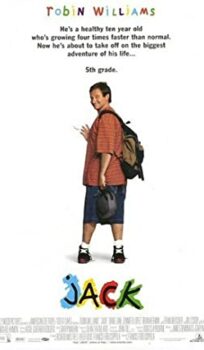