After Joshua is murdered (Leon Coffee) Jericho (Mark Valley) finally heads back to the town, where the robbery happened, to find out the truth about who he is. After he asks a few questions, he finds his way to the house of the woman who whacked him on the head at the beginning of the movie. Afer confronting her, he remembers who he is and what happened on the night of the robbery.

Jericho is in fact the sherif who was believed to have been shot that night.. He had gone to collect the money from the train, the three men who were in fact responsible for the robbery had found out about it. The woman who had hit Jericho, was the girlfriend of one of the three men, and he got her to sneak into Jericho’s room when he was asleep and steal his badge and papers. So the third member of the gang who had never been caught, was in fact the man shot in the face (and therefore unrecognizable) at the start of the film.

The movie ends with Jericho coming home at last to his wife (who was the blonde woman he kept having flashes off throughout the movie). 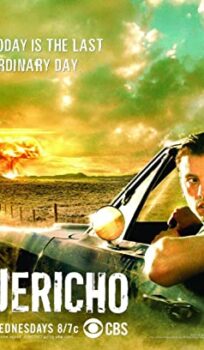