Josie (Sophie Turner) is NOT a high school student waiting for her parents to reunite with her. She is actually the 21 year old daughter of a man Hank (Dylan McDermott) help kill as a prison guard on death row. Josie has tracked all the guards down and in the final words of her father, visited horrific violence on each of them, as they enjoyed the power they had over people. Josie says she will continue on with her quest to kill prison guards/policemen who abuse their power out of malice. She realizes Hank shows genuine remorse, haunted by his actions. Ultimately, she does not spare him, but offers him a more humane death, quickly slitting his throat.

Josie calls the cops and they find Hank’s body. On the floor was the drugged Marcus (Jack Kilmer) a local kid she seduced specifically to be a fall guy for her crime. Marcus is arrested, and Hank narrates from the afterlife that he ultimately holds no ill will towards Josie and her righting a wrong the way she saw fit.

Josie is last seen going down a desert road with a new hairstyle, and Hank’s tortoises. She stops at a local bar and eyes a few prison guards. One introduces himself to her and she tells him her name is “Francine.” They toasts drinks and begin to chat, unaware that Josie intends to make him her latest victim… 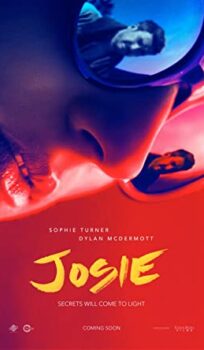