The story takes place over the course of one night. Rosso (Scott Glenn) is a pimp in Sao Paulo, who runs a club along with his son Paul (Brendan Fraser), a short-tempered cokehead with a gambling addiction. They’re both eager to escape their seedy lives in Brazil, and they have set in motion a plan to sell a suitcase full of cocaine that Rosso found on one of his dead clients to a bunch of Africans, and use the money to leave the country.

However, their contact dies of a heart attack while having sex with a transvestite prostitute. Paul was in cahoots with him to take his father out of the picture, keep the money, (supposedly to pay off gambling debts) and escape with his girlfriend, Angie (Catalina Sandino Moreno), who is also Rosso’s wife and mother of his kid.

Rosso recruits Wemba (Mos Def) a Nigerian dishwasher, to carry out the deal. Paul hates the idea but goes along with it. At the same time, a grandmother visits a blind old psychic to see if he can help her find her missing granddaughter, Monique (Alice Braga), who, as we see in a flashback, caught her abusive boyfriend cheating and ran away from home. The psychic tells her that her niece will die that night and there’s nothing she can do.

Wemba makes the deal with the Africans but gets mugged on his way back to the club. Paul goes ballistic once Wemba goes missing, and also because Angie is having second thoughts about their arrangement cause she still has feelings for Rosso. So Paul sends one of his thugs, Antonio, to trail his father; another thug gets sent to Wemba’s house, to kill him and take the money if he arrives.

Also, Paul nearly hits the same transvestite from before with a beer bottle outside his house. They argue and Paul gets injured and chases the transvestite into an alley, beats the crap out of him, and slashes his face.

Rosso goes to see the psychic, but he refuses to help since Rosso’s a bad man; he also asks if Angie truly loves him but just then she calls, saying that Wemba’s at the club. Reassured, Rosso leaves.

A wandering Monique finds Wemba unconscious and helps him out by finding his car keys; the muggers also forgot to take the money. On the way back, the dishwasher is nervous about not being able to get in touch with Rosso. They arrive at the city but Monique doesn’t want to go back home. Wemba offers her a place at his apartment, where they get shot at by Paul’s thug. After a lengthy chase on foot and on a motorcycle, Monique gets shot and dies.

Back at the club, Paul reveals to Rosso that he was planning to cut him out of the deal and flee the country with Angie. His daddy issues finally come out: he resents his father because he cheated on Paul’s mother while she was dying of cancer; he also reveals that Angie’s kid is really his. The transvestite from before walks in and shoots both Paul (who kills him in return) and Rosso.

Wemba finally makes it to the club, where a dying Rosso asks him to take both Angie and the kid and leave the country with the money; they do just that, as the sun rises. 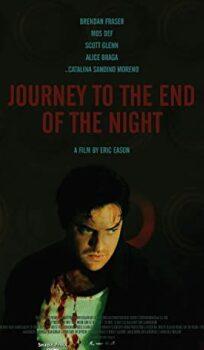