Salman (Scott Prendergast) is a twenty-something slacker who has no money and no direction in life.  His brother Noah has been activated by his National Guard troop and is sent to Iraq.  Noah’s wife Leslie (Lisa Kudrow) calls and asks Salman to help her watch their two kids Cameron and Lincoln because Noah’s deployment has forced her to go back to work.  Upon arrival, the two out-of-control kids immediately take a disliking to Salman, even threatening to kill him, which they try to do on several occasions.  Leslie doesn’t like the way Salman is handling the kids, and she asks him to leave the house.  However, he cannot because he has no money and nowhere else to go.

Leslie tries to help Salman get money so he can leave by getting him a job at her workplace, which is a failing dot-com.  He will wear the outfit of the company mascot named “Kabluey”, and his job is to hand out flyers advertising office space at the company’s building.  The suit is extremely hot, it’s very hard to see out of it, and there are no fingers on its hands, making it nearly impossible to hand out flyers.  He’s also assigned an area of highway in the middle of nowhere, meaning he has to hand out flyers to people driving by at high speed.  One day, his boss (Conchata Ferrell) forgets to pick him up, so he has to walk back to the office.  When he arrives, the building is empty except for Brad (Jeffrey Dean Morgan), the company’s owner, and his girlfriend.  Salman looks in his office window and sees that the woman is Leslie.

While wearing the suit, Salman is finding confidence and a sense of direction in his life he doesn’t have when not wearing the suit.  One day, Salman is hired to perform at a birthday party by the mother of kids who love “Kabluey” (Christine Taylor).  While there, he overhears the other moms (who were former employees at the company) say that Brad is having an affair with the secretary (Leslie) and she might leave her husband to be with him.  Cameron and Lincoln are also at the birthday party and like Kabluey, and they are surprised to see that Salman is the man in the suit.  Their opinion of him immediately changes for the better, and they act nicer to him from then on.

Some time later, Salman catches Brad with another woman in his car.  He calls Leslie and follows Brad and the other woman to a hotel.  There, he attacks Brad for hurting his sister-in-law, and yells at Leslie for wanting to leave his brother.  She storms off, but later breaks down in Salman’s arms.  She tells him that she never loved Brad, and never planned to leave Noah.  The affair was mainly due to stress from losing her husband and having to go back to work and leaving the kids alone with Salman.  A short time later, Noah returns home from Iraq to a family that is very happy to see him.  Salman, now with some money and a sense of direction, buys a cheap used car, tosses the suit in a dumpster, and drives off to start his new life. 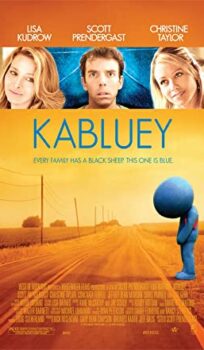