Old Dolio Dyne (Evan Rachel Wood) is a young woman who takes part in the schemes of her petty criminal parents Robert and Theresa (Richard Jenkins and Debra Winger), who treat her as more of an accomplice than their daughter. With the threat of eviction hanging over their heads, Old Dolio helps them come up with a scheme to claim lost luggage and get a reimbursement check.

During their scheme, the family meets another woman named Melanie (Gina Rodriguez), who is fascinated by their schemes and wants in on it by helping them scam old people. However, Old Dolio, who has always been starved for affection, starts to get upset when Robert and Theresa appear to show Melanie more love than they ever did for her. Melanie sees that Robert and Theresa are awful people and takes Old Dolio to do things that Theresa never did as a mother. Even after Old Dolio insults Melanie, the two remain close.

Robert and Theresa make a phony attempt to reconcile with Old Dolio by giving her a bunch of toys to make up for past birthdays. They end up robbing the two women overnight, taking all of Melanie’s belongings and the money from the check. The ladies get a large refund for the toys and begin a romantic relationship. 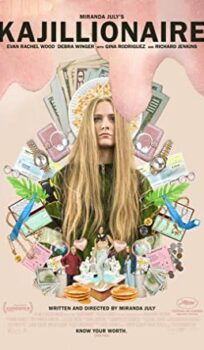