The abandoned asylum the characters are in is one of the entrances to hell. All of them were involved in a multi-car crash caused by drunk driver Sam Becker (Ry Barrett) and are now facing damnation for their sins.

With exceptions being Daniel Levine (Jason Martorino) who turns out to be the head gatekeeper to hell and Ceilia Scott (Ellie O’Brien), who is an angel and the unborn daughter of Jessica Martin (Camille Hollett-French), who aborted her following her husband’s death caused by Sam. Sam, Jessica, and Nadir Bhindra are the only ones to return to life as they have even been forgiven or forgave others for their crimes or have come clean about their guilt.

As Sam is loaded into the back of an ambulance Daniel shows up revealing that although he has been granted absolution from Jessica and Ceilia, he still hasn’t been forgiven by his other victims and is still hell-bound.

Sam is left screaming helplessly as Daniel prepares to drag him down to hell. 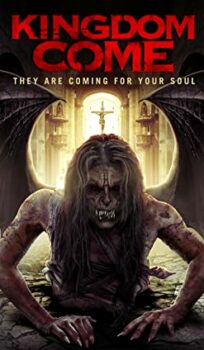