Paul Turner (Rob Lowe) is a political fixer called upon when elected officials get caught up in a scandal. The overworked, somewhat cynical Paul has his hands full dealing with a Kentucky governor, Larry Becker (Eric McCormack) who has had an affair with a young intern, Helena (Amanda Crew) and a California senator Stephen Green (David Harbour) who is being blackmailed by a masseuse for sexual misconduct.

Paul, with his earnest assistant Kerstin Rhee (Jamie Chung) spin Green’s scandal back on to the victim. But eventually Green comes clean and is honest with the public, helping in part to get him reelected. Meanwhile, Becker’s wife Sophia (Saffron Burrows) refuses to “stand by her man” unless Paul promises he will not slut shame Helena in order to make the scandal go away, seeing her as a victim of the situation. However, when Larry pushes him to do so. Paul makes it look like Helena and her drug dealing boyfriend were just out to extort the governor for money for their habits. The scandal then focuses on just Helena, allowing Becker to be reelected to the governor’s mansion.

The resulting media firestorm however, causes Helena to attempt suicide. Scolded by Sophia, Paul is shocked and horrified by his actions. To redeem himself, he helps run the campaign of an idealistic doctor, Penelope Nelson (Carrie Anne Moss) run for Governor of California. With a honest grass root campaign (and some media manipulation by Kerstin), Nelson wins the election. The film ends with Nelson, Paul and the team celebrating their win and Kerstin revealing to Paul that she will stay in her job to learn from him further. 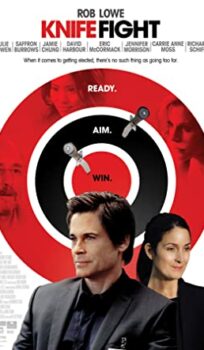