Long Ending:
A somewhat older man Andrzej (Leon Niemczyk) is driving with his wife Krystyna (Jolanta Umecka) to the beach when they see a Young Boy (Zygmunt Malanowicz) in the middle of the road hitchhiking. Andrzej almost runs the Boy down, but swerves at the last second and offers to give him a ride to the marina where the couple is going sailing for a 24-hour period. Andrzej is clearly amused at the Boy’s naivete and revels in his superiority over the Boy. As a result, he invites the Boy to go sailing with them.

The Boy and Andrzej continue to engage in acts that grow ever more dangerous, Andrzej showing off his wealth and sailing skills while the Boy shows off his strength and knife skills. Meanwhile, Krystyna watches the two in her bikini. Although the Boy asks to be brought back to shore, Andrzej refuses his request, forcing him to remain on the boat as the Boy can’t swim.

A storm breaks out and the three are confined in very cramped quarters. They play games that get more intense, and eventually the three fall asleep. The Boy awakens the next morning and goes on deck where he finds Krystyna enjoying the day on her own and they begin to bond. Andrzej awakens and arrives on deck, immediately berating the Boy. The Boy asks for his knife back (he lost it to Andrzej the day before in a game they were playing) and Andrzej mocks him before tossing the knife into the water. The two get in a fight, with Andrzej knocking the Boy in the water and sailing off. Andrzej soon turns back but they can no longer find the Boy (who, as it turns out, can swim, but is hiding behind a buoy). Assuming the Boy is dead, Andrzej tries to throw the Boy’s belongings into the water, but Krystyna won’t let him. In a fit of anger, Andrzej leaps off the boat and swims to shore.

At that point, the Boy returns to the ship. Krystyna is relieved to find him alive and tries to call Andrzej back to the ship, but he is already long gone. The two talk, with Krystyna reminiscing about her past as a poor college student as the Boy now is and how Andrzej is dashing, arrogant and imperious. She notes that the Boy can grow to be like Andrzej if he so chooses. Eventually, Krystyna seduces the Boy and they have passionate sex on the ship.

Krystyna pilots the ship back to the marina, letting the Boy off on the banks before she arrives at the docks. She finds Andrzej waiting for her there and they dock the ship. When they get into the car, Krystyna asks Andrzej what he intends to do, and he says he is driving to the police station to turn himself in for the killing of the Boy. Krystyna tells him that there is no need as the Boy is alive. He doubts her story and she responds that the Boy is so alive that she cheated on him with the Boy. Andrzej brings the car to a halt several miles from the police station and tells Krystyna not to make such jokes, especially regarding her having an affair with the Boy. She apologizes to him as he stares at her.

The final scene shows the car at a literal crossroads. If Andrzej does not believe Krystyna, he will go to jail with his pride intact. If he believes her (true) story, then he will remain free, but forever know that his pride has been violated. The screen fades to black before a decision is made. 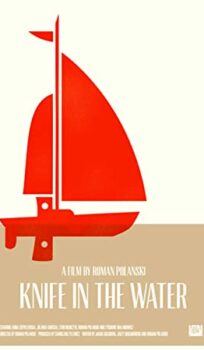