The Pedophile Big John (Brian Cox) never seduces Howie (Paul Dano) but does befriend him.
With all the chaos and emotional turmoil of Howie’s life, this causes the Big John character to be shown in a sympathetic light. At the end of the film, Big John is unexpectedly shot by his boyfriend Scotty (who is now no longer a minor) in what appears to be a fit of jealousy.
Or what some critics say was motivated by political correctness. 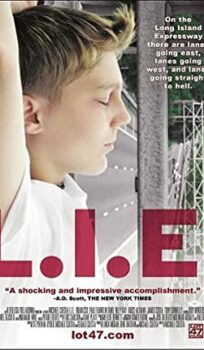