The crocs have spawned again due to Nathan Bickerman’s (Colin Ferguson) son Colin feeding the baby crocodiles for want of a pet over being neglected by his father and mother Susan (Kritsy Mitchell). Over two years, the crocs grow bigger and begin to start attacking and eating people.

Numerous people die including Sheriff Tony Willinger (Michael Ironside).  Brett (Mark Evans) is able to save his girlfriend Ellie (Kacey Burnfield) but is killed right after by another croc. Ellie meets up with Nathan, Colin, Susan and Reba (Yancy Butler), the hunter who had helped Brett.

They escape to a grocery where Reba, despite many escapes, is finally killed by a croc though not without killing it in the process. Nathan tricks the lead croc into chomping on a gasoline nozzle and lights into, blowing it up. Colin, Nathan, Susan, and Ellie are the only survivors.

The film ends with Nathan giving a lecture to some students at the lake about nature. As they walk away, the shot pans down to the lake where a Ipod is laying in the water (of yet another victim) and a large crocodile peeks its head out, showing that something has survived… 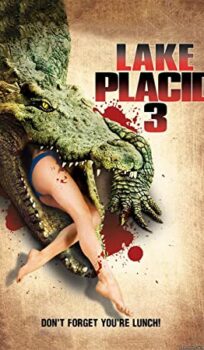