Celia (Monica Kenna) is celebrating her 21st birthday, feeling her birthday is cursed because her mother died giving birth to her. Her friend takes her to a party where one of the guys puts something in her drink and proceeds to rape her with all his friends watching and waiting for their turn. The guys notice she is turning blue and leave her in a shower and return to the party. She dies.

She awakens realizing she is still at the party and dead. The house appears to be empty but she can see all the people at the party when she looks in mirrors.

A guy, Donovan (David Anders), shows up claiming to be her guardian Angel. She spends most of the movie being chased around the house by “Soul Eaters” who are able to take the shape of her Grandpa because they ate his sole after he died.

Donovan turns out to be a Soul Eater himself who works directly for the devil and he had been guarding over her her entire life just to harvest a better tasting soul from her. 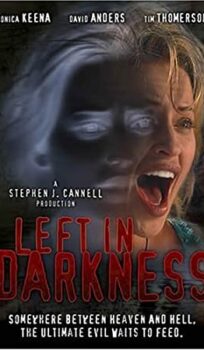